Breathing clean air should be a basic human right

Air pollution is one of the world’s leading risk factors for death and kills 7 million people globally every year. In Europe, where health damage caused by air pollution is higher than the global average, nearly 800,000 people die prematurely each year because of dirty air.

This invisible killer also disproportionately harms people from marginalized communities living in inner city areas. And for children who live near roads with heavy duty vehicle traffic, respiratory problems are twice as prevalent compared to those living near less congested streets.

But it doesn’t need to be this way. If we cut air pollution, we could prevent 50,000 deaths in Europe every year. That’s why we’re connecting runners across Europe to rise up and raise funds for 18 environmental groups who are campaigning for better air quality across Europe.

Running up and downhill is a big challenge—whether you run for 1 or 24 hours. So why not ask people to sponsor you and help raise even more money for
clean air action?

Register for a fundraising page and share it with your trail running community and friends.
All money raised goes straight to the 18 environmental groups we support, helping them in their fight for clear air.

For almost 40 years, Patagonia has supported grassroots activists working to find solutions to the environmental crisis. But in this time of unprecedented threats, it’s often hard to know the best way to get involved. That’s why we built Patagonia action works to connect committed individuals with grassroots environmental groups, to take action on the most pressing issues facing the world today.

Find events, petitions, and skilled volunteering opportunities near you.

Sign up for the Patagonia newsletter for event updates, sport stories, product highlights and new releases.

By clicking the submit button, I consent to Patagonia processing my email address and sending me emails in accordance with Patagonia's Privacy Notice. That Notice explains how Patagonia processes and protects my personal data and who to contact in case of questions.

Join the trail running community across Europe on 25 June to run vert and support the fight for clean air. 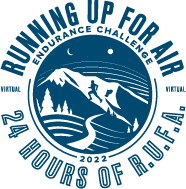